I just watched the first two episodes and was very entertained. There is no reason to skip any of it. I dunno; the last few episodes, including this one, haven’t really done it for me in the same way the early ones did. It doesn’t help that they’re kinda ugly. The first two episodes were kinda lackluster, but the series gets better with each new one. It’s Twin Peaks for Kids! I need to watch that episode again anyway because it’s fantastic.

In any case, I’m looking forward to more of the Longest Summer Ever. It’s disappointing that we won’t see a new one until November though. I think it’s because they aren’t pretty. Dipper’s interactions with his clones were the best. She saw the rest of the episode, because turning into Grunkle Stan was her nightmare. You know, I’m beginning to think that there may be an actual reason, what ith the six-fingered hand being a thing.

I kind of dislike Gravity Falls now that I know Wolfgang likes it. I seriously need to watch this eventually, if for nothing else but the animation because damn. It’s just cringeworthy and lame, like everything else on that Internet cesspool.

The interview said he jusfanimedubbed on Flapjack. He was banished from the Irken Empire after nearly destroying his home planet on an early mission. 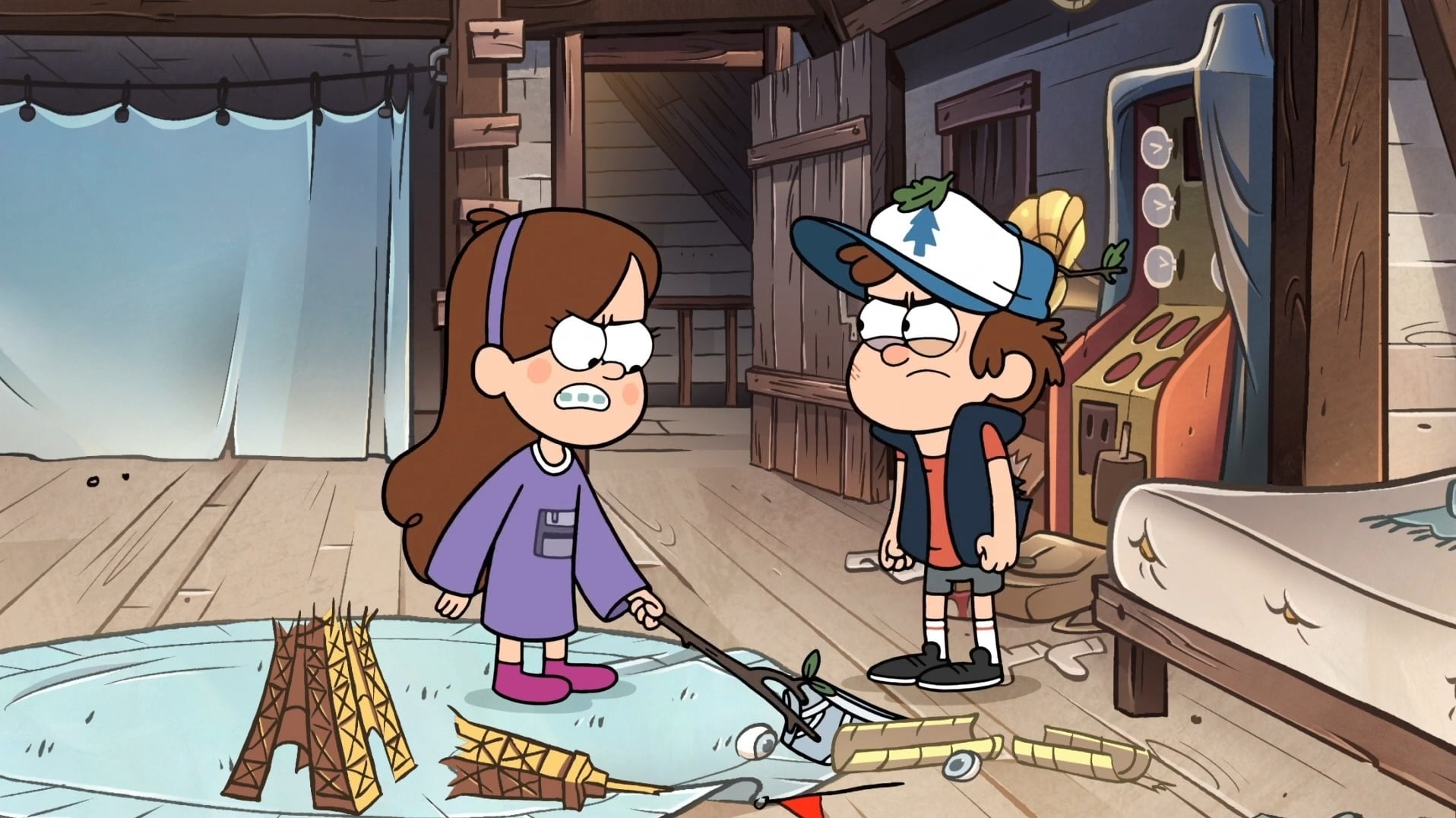 Hell, for the record: Have they said how many episodes are going to be in season one? Since I missed a few episodes I caught the first and second episodes.

Yeah I was referring to the head life guard who was John K. The sound effects as a guy was eaten by a cereal box mascot, the guy turned into a hotdog and roasted, and the guy trapped inside a video game and punctured full of arrows as he weakly tried to crawl away was what got me, although the status update joke made it so worth it.

Went ahead and watched the first ep! Off topic but man I hate how on TV Tropes everything is in italics as if it’s amazing. Which is to say the latest episode is out “early” again. Fuckin’ thank goodness, I was afraid this show would fall victim to the great show that gets axed after one season disease. There’s a Gravity Falls podcast http: It seems like a Henson Creature Shop kind of thing to do. It’s a way to keep everyone entertained.

I’d like to see an entire episode of Stan becoming a college football champion. But Disney does graity two full episodes without commercial breaks on their website for free. The amount of subtlety, maturity “I’m legalizing everything!

Yeah, I know, they’re obviously not In any case, I’m looking forward to more of the Longest Summer Ever. Also this show’s cast is seriously brilliant Five episodes in and I completely reverse my opinion on Schall, this is the best she’s ever been.

And that opening song, god damn, so good.

I’m actually finding it funnier than the current series of Futurama, to be honest. Hey, this sounds like justqnimedubbed cartoon version of Eerie, Indiana! The last 3 or 4 episodes have been uniformly excellent, I hope this continues. I was like wouldn’t that be great if that was actually Larry King and then holy crap it was. I watched the first ten over the span of two evenings last week, how often do new ones pop up?

Hey dopes, Bottomless Pit’s been leaked. Where the latter started out weak and got a lot better over time, Gravity Falls seems to be deteriorating a bit after a really strong start.

When we get the bags of miniatures, the Mr.

Kristen Schall is possibly in too many things, but I doubt it’ll be a big issue. Holy shit, Fight Fighters was amazing.

Vanguard Deadman Wonderland Dragons: Get your pit on. Also, how is this on Disney Channel?! But when Dipper finds a mysterious book, the kids become acutely aware of the dangerous situation they’ve been thrown into. It’s a fun show!